Meet my primary sona, Raziel! She is a chaotic nightmare whose primary goal in life is to have fun, and be a menace while doing it. She thrives on annoying the ones she holds nearest and dearest to her heart. She's the silliest goose you'll ever come across. She was born in a wet cardboard box all alone. She's a toootal party animal, hyperactive scene queen, dumbass whore (and also bitch).

She was originally made back in 2014 as a sister character to my friend's fursona. Baby picture here. I stopped interacting with that friend, and because of that, Raziel went dormant. Multiple times. It was a rocky friendship. >u> Raziel made a reappearance back in 2019 when I befriended that person again and got a complete overhaul, before getting yet ANOTHER redesign towards the end of 2020 when I kicked them to the curb for being an asshole. ^^

Raziel's current design is inspired by late 2000s, early 2010s furry artwork, particularly sparkleanimals. I never really got to appreciate that stuff at the time due to a variety of reasons, primarily my lack of skill and inspiration, but also simply because I wasn't interested in that back then. But, when my mental health heavily deteriorated, and I suddenly became neck-deep in nostalgia for a simpler time, that's when this design was created!

My style for her face shape and general proportions tends to switch between drawings. I do this for fun, testing the limits of my skill, and also to see just how fucked up I can make this dragon look. Some pieces will look more normal, others will be so chibified it'll make your eyes bleed profusely and then spontaneously combust. There's no in between for this gal. 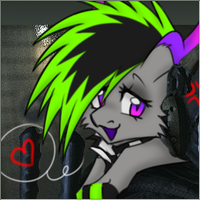